National Youth Day, also known as Vivekananda Jayanti, is celebrated on 12 January, being the birthday of Swami Vivekananda. In 1984 the Government of India declared this day as National Youth Day and since 1985 the event is celebrated in India every year. The circular stated: “it was felt that the philosophy of Swamiji and the ideals for which he lived and worked could be a great source of inspiration for the Indian Youth.”

This date was chosen to honor the birthday of Swami Vivekananda, one of India’s greatest spiritual and social leaders. He saw hope for the future in every child and believed that with “muscles of iron” and “nerves of steel” they could bring about social change. Swami himself personified the eternal energy of the youth and a restless quest for truth.

Swami Vivekananda’s birthday (12 January 1863), according to the Indian Almanac (Vishuddha Siddhanta Almanac) is on Pausha Krishna Saptami tithi, which falls on different dates in the English Calendar every year (generally in the month of January). This is observed in various centres of Ramakrishna Math and Mission in a traditional Hindu manner which includes mangal arati (a kind of worship practised in India, especially by Hindu people), special worship, homa (fire-ritual), meditation, devotional songs, religious discourses and sandhya-arati (vesper service at evenings).

A Leader is Born

Swami Vivekananda is born into an aristocratic family in Kolkata, India.

Vivekananda speaks at Parliament of the World’s Religions in Chicago and introduces the Vedanta philosophy to the West.

The Ramakrishna Mission For Social Services

Vivekananda founds the Ramakrishna Mission — its ideals are based on karma yoga and the teachings of its guru.

Vivekananda retires to his room and passes away peacefully while he is in a meditative state.

The Indian Government declares Swami Vivekananda’s birthday, January 12, as National Youth Day to honor the great spiritual leader, and to encourage the youth in the country. 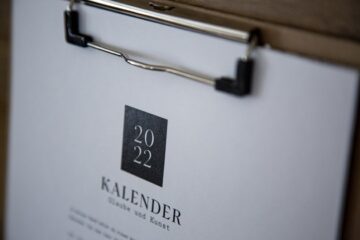 The New Year is celebrated around the world with great passion and enthusiasm. The end of the 31st December of the year at 12 o’clock midnight and the start of the next year’s 1st January Read more…